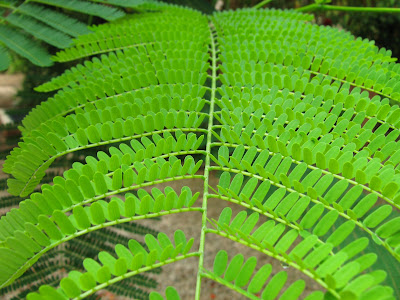 Costa Rica is known for its biodiversity. The country's President, Nobel Peace Prize winner Oscar Arias, has declared the country's commitment to become the world's first carbon-neutral nation, a goal slated for the 2020's.

The fern in this photo is a primitive ancestor to the tree, developing 400 million years ago. This picture was taken in Tamarindo on the lush grounds of the Cala Luna Resort in Langosta.
Posted by Dave-CostaRicaDailyPhoto.com at 8:10 AM

Welcome aboard to City Daily Photo!
Interesting shot!
I've enjoyed comparing the differences and similarities with our ferns. I look forward to see more of Costa Rica. Thanks for sharing!

Must be wonderful wildlife and protect those national parks, the world need all of those wilderness areas forever.