The last light on the arbor 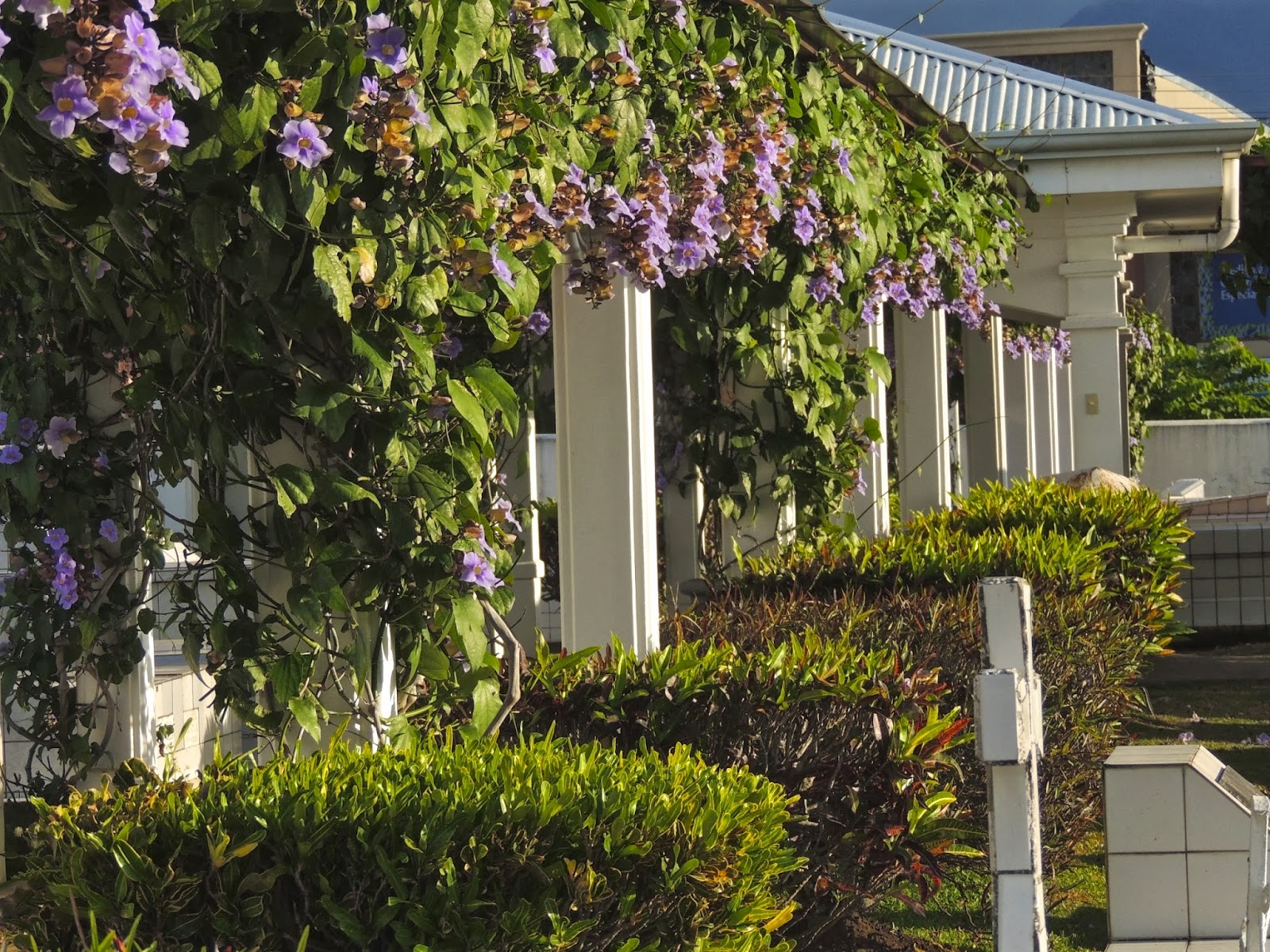 When I began my little series of photos from the suburban San Jose cemetery, I showed the walkway lined with vines and flowers.  I am close to concluding the series with the is photo of the arbor catching the last rays of the sun.  I had the sweet light of the sun for only about 5 minutes then the sun ducked behind a cloud.

Tomorrow I will conclude this cemetery series.

Yesterday I shared a little news of a religious nature that traced its origin back nearly 400 years, so today I am sharing some contemporary pop culture.

Paul McCartney has added a concert date in Costa Rica.  His current world tour will include several stops in Latin America, and one of those will be in the national soccer/football stadium in San Jose.

Posted by Dave-CostaRicaDailyPhoto.com at 2:30 AM

A very poetic title and fits this gorgeous photo perfectly.

Cemeteries are favored places, I've heard. Very attractive. People are just dying to get in!

Beautiful lavender flowers on that vine.

There is something about vine covered walls that is very attractive to me. That perfect light is just icing on the cake!

This arbor is pretty special, Dave.

The arbor is delightful!