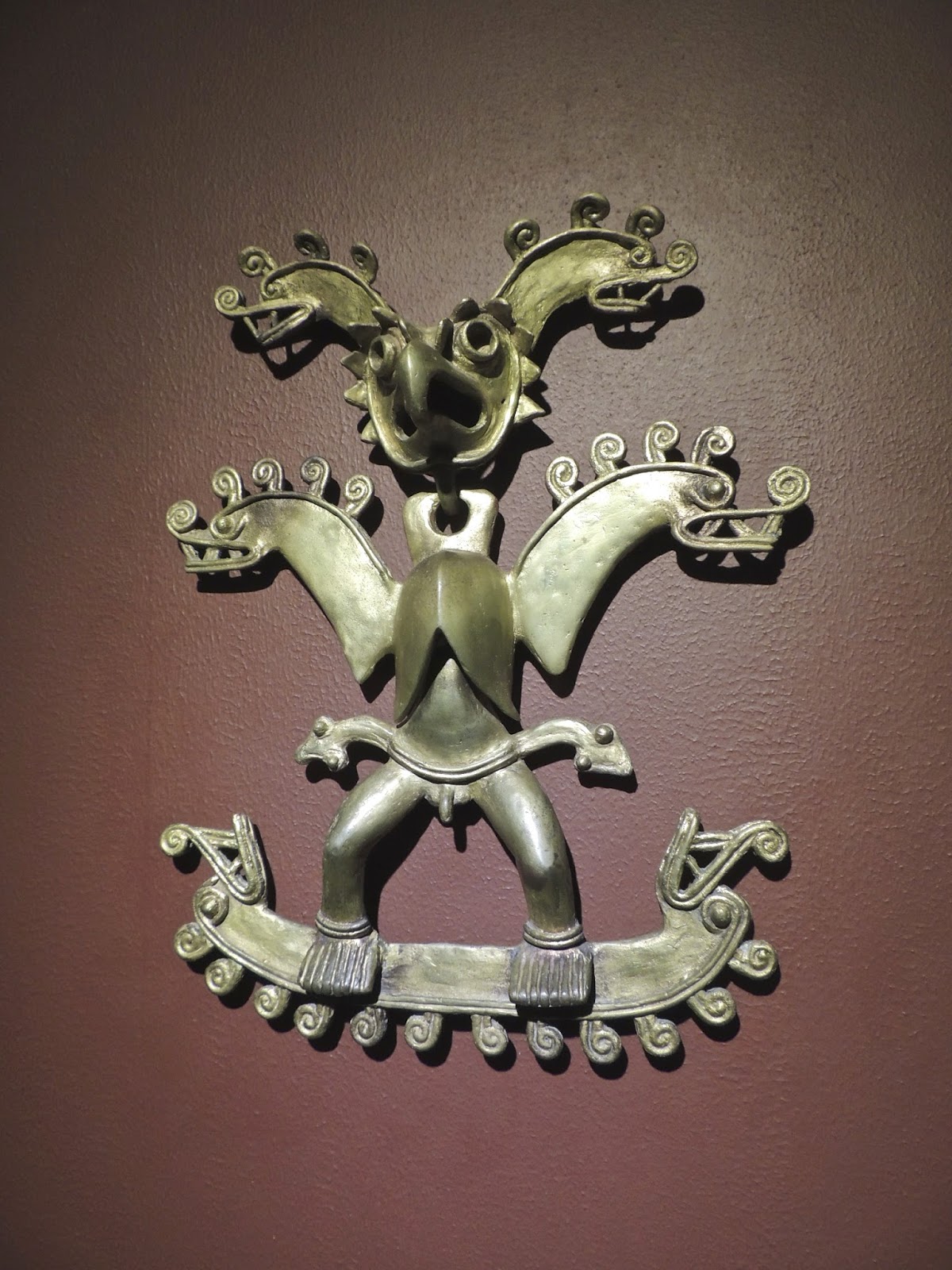 Just inside the door to the Pre-Columbian Gold Museum was this spectacular part human-part animal figure.

One curious aspect of the very impressive and extensive collection of pre-Columbian gold is the source of the gold.  Costa Rica did not have gold mining.  Columbus named Costa Rica the "rich coast" because the Native Americans who greeted him there appeared rich because of their gold.  But the gold came from elsewhere.

After  the Spanish realized that Costa Rica did not have gold or silver, they largely ignored it, but they did send indigenous Costa Ricans to Peru to work as slaves in the silver mines.  Costa Rica is the only country in Latin America without a liberator.  It never had a struggle for liberation.  When Spain granted independence to Nicaragua, it abandoned its sovereignty over Costa Rica as well.

This week we have photos of the Trinity College Library in Dublin, Ireland posted on our Viva la Voyage travel photo site.
Posted by Dave-CostaRicaDailyPhoto.com at 2:30 AM

It is a beautiful piece of art, photographed well to show off its uniqueness.

Well that was a treat Dave, to find the gold museum hidden away in the art museum.. Bonus ! Very interesting series of posts with a strange and wonderful sculpture to end with.

Well, that's a gorgeous piece even if it does remind me a really pissed-off rooster!

Strange and beautiful sculpture. I wonder what it represents.
History can be very shocking and sad sometimes.

I enjoy your comments as much as your photography - thanks!

This is a pretty amazing sculpture. I'm wondering where the Costa Ricans got their gold.

Today you have an attention-getting work of art and also a most informative explanation of Costa Rican culture. Thanks!